On March 1, 2017, California Assembly Bill 1732 went into effect requiring all business, government buildings and locations otherwise dedicated for public use to be gender-neutral. The bill only affected single-occupancy restrooms. Assembly Bill 1732 states, “All single-user toilet facilities in any business establishment, place of public accommodation, or state or local government agency shall be identified as all-gender toilet facilities by signage that complies with Title 24 of the California Code of Regulations, and designated for use by no more than one occupancy at a time or for family or assisted use.”

Many of us have seen the changes over the past 2 years as we use public restrooms where any single-user restroom is now designated as gender-neutral (or unisex). A single-user toilet facility is a room with a toilet and/or urinal and sink that has a locking mechanism controlled by the user. The law doesn’t specifically state what the neutral restroom signs must look like, so all signs will still need to follow ADA and Title 24 regulations.

Americans with Disabilities Act (ADA) requirements for all states:

Check out some examples of gender-neutral restroom signs we have done as well as other code and compliance signs. 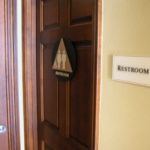 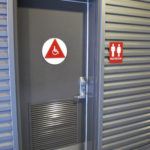 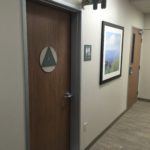 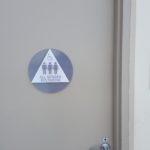 Did you know April is Stress Awareness Month? We want to help you avoi...

Motivational Systems, Inc. (MSI), is dedicated to being the foremost full-service supplier of interior and exterior environmental graphics in its marketplace. We are committed to providing the best products for the value with exceptional service.